For more than 15 years, Cargill has been working to improve the sustainability of the palm oil industry globally – through our own plantations, with our direct and third-party suppliers and in partnership with the smallholders we support. We were an early member of the Roundtable on Sustainable Palm Oil (RSPO) in 2004.

Our commitment on the movement

Cargill is committed to a transparent, traceable and sustainable palm oil supply chain. Cargill’s plantations not only support and demonstrate leadership progress against these commitments, but also strive to continually improve and raise the bar on sustainability.

“I believe that we cannot feed a growing global population without palm oil and we must at the same time make all our supply chains sustainable to protect our planet. To be successful, this has to be driven by both supply and demand activities, and this is where the Sustainable Palm Oil Choice initiative can play a key role. Helping to drive demand fully towards sustainable palm oil throughout Europe and across the industry.”

The next frontier in monitoring and protecting forests: Radar from space 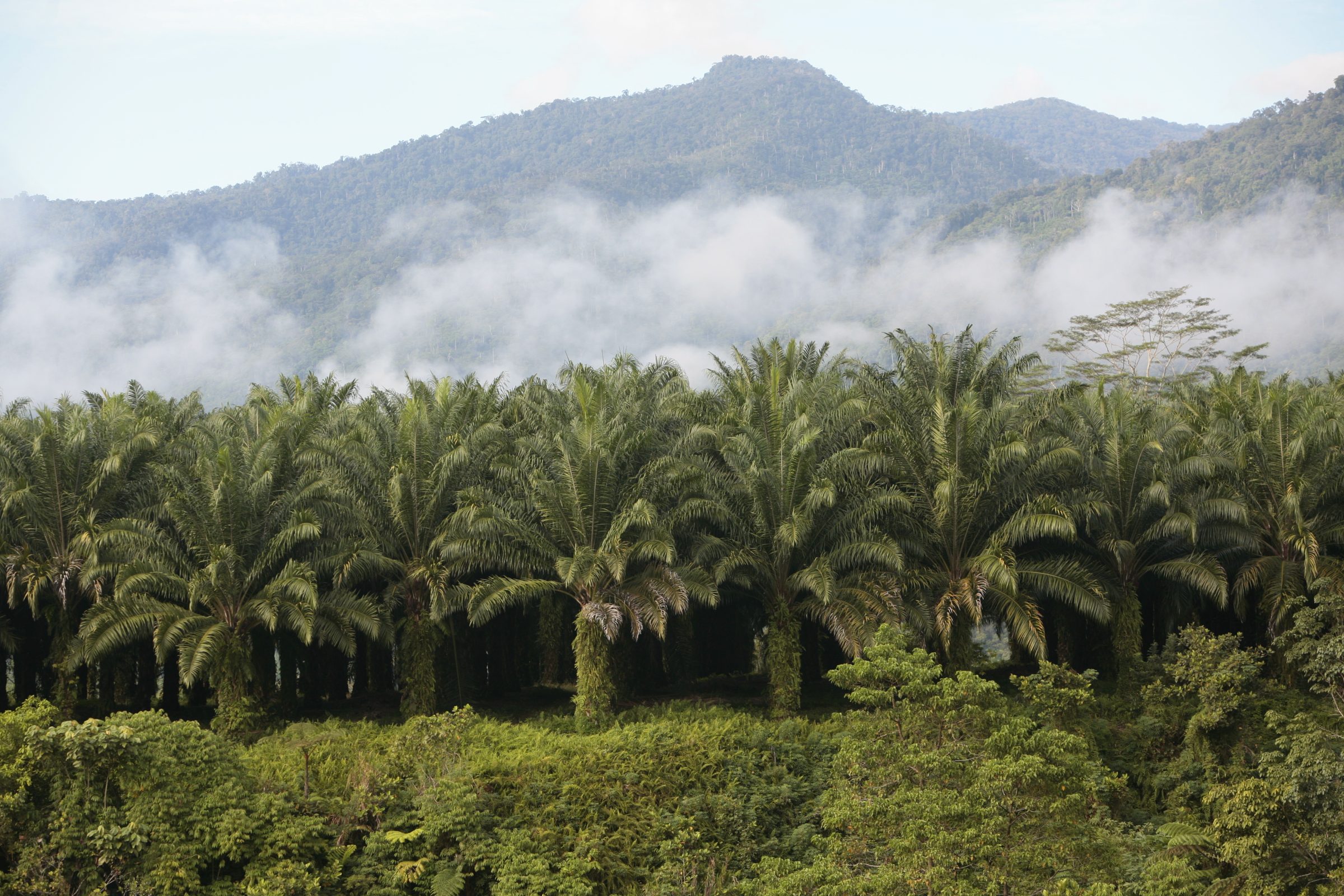 With eyes in the sky supplying powerful new data about what’s happening on the ground, Cargill’s ability to protect forests is poised to take a leap forward thanks to a new satellite radar monitoring system.

In partnership with World Resources Institute (WRI) and a coalition of other major palm oil producers, we’re supporting and funding the development of the new system, known as Radar Alerts for Detecting Deforestation (RADD).

The system is currently being developed for Indonesia and Malaysia, the world’s two dominant palm oil producing nations. It will augment optical satellite monitoring already used by Cargill and a number of other groups.

Such monitoring relies on satellite imagery, which can be obstructed or delayed by cloud cover. The RADD system, which draws on freely available data from a pair of European Space Agency satellites, instead uses radar that can penetrate clouds and doesn’t depend on sunlight.

That will make it much easier for Cargill, fellow palm producers and other stakeholders to catch deforestation happening in near-real-time and with greater accuracy. Based on early results, the new RADD system can detect deforestation weeks earlier than optical-based satellite systems.

Cargill and other companies involved in the project will get alerts when the RADD system spots deforestation. They’ll be able to quickly mobilize follow-up actions on the ground and work to improve the sustainability of supply chains.

The data from the system will make deforestation alerts publicly available – a first for a radar-based system of this scale. Companies, governments, environmental groups and other stakeholders will all be able to monitor forests using the same information.

“Cargill is committed to working with industry partners to spur innovation and drive meaningful change to end deforestation,” said John Hartmann, sustainability lead for Cargill Agricultural Supply Chain. “We are delighted about RADD’s introduction to the palm oil sector and look forward to developing credible, real-time data that is publicly accessible to enhance our ability to act on deforestation alerts.”

Anne Rosenbarger, commodities manager for WRI, said the group is “thrilled” to see major companies coming together to work collectively for change.

“Uniting around this shared, cutting-edge monitoring system will allow for more efficient use of resources, create more streamlined conditions for companies to follow up and ultimately help prevent further deforestation,” she said.

Cargill and other key players in the industry have long been working to produce and source palm oil responsibly. Programs to deliver training and more visibility have taken root across sourcing regions with significant scale. However, individual companies efforts will only take the industry so far. In order to drive long-term, transformational change, we must take a more holistic approach.

Recently, Cargill, Musim Mas, GAR, Pepsico, Danone, Unilever and Neste joined forces with Proforest and Daemeter (CORE) to take targeted action on the ground to combat deforestation through a new landscape initiative. A landscape level initiative allows companies, growers, buyers and other stakeholders such as local governments and civil society to join together and tackle persistent, complex social and environmental challenges in a defined geography with greater focus and impact.

This newly formed coalition will focus its work in the Siak and Pelalawan districts of the Riau province in Indonesia. These regions were chosen because of their long history of palm oil production, high rate of deforestation and chronic fires, social issues relating to workers’ health and safety, land conflicts, and concerns around smallholder farmers’ rights.

Together, the coalition aims to develop scalable solutions to address these environmental and social issues. We hope to empower local organizations, improve farmer livelihoods and ultimately transition large parts of both districts to sustainable landscapes that protect forests and those working in agriculture. There are existing initiatives in both districts that address some of these issues, including our work with Musim Mas in Siak to trial High Carbon Stock (HCS) and High Carbon Value (HCV) assessments with smallholders. The coalition plans to build on and support these efforts to promote local ownership and greater collaboration among stakeholders.

We are eager to see what we will learn in Siak and Pelalawan that we can take to a larger scale in other areas. We believe by identifying areas of continued challenge, working on the ground with key partners and empowering local organizations and producers we can more effectively address critical issues, build capabilities and ultimately transform the palm sector.

My organisation is most concerned with the following UN SDGs:

Our struggles and future plans

While we are encouraged by our progress and that of key industry players, we know there is always much more to do. We are taking action to develop and implement scalable solutions that address common challenges, reach millions of smallholders and increase public-private partnerships. Through these actions, we aim to enforce long-term, systemic change to ultimately transform the industry.

We are developing a standard approach for monitoring and reporting progress on No Deforestation, No Peat, No Exploitation (NDPE) commitments. The resulting NDPE Implementation Framework, led by Proforest, is designed to increase transparency about the progress that has been made so far, what still needs to be done and the challenges that must be addressed in order for companies to deliver on NPDE commitments. This approach will help in the creation of mill profiles for consistency when measuring progress.

Are you committed? Join the Sustainable Palm Oil Choice.