Palm oil is important for meeting the globally rising demand for food and there is increasing evidence that, when it is produced sustainably, palm oil is also contributing to preserving ecosystems. 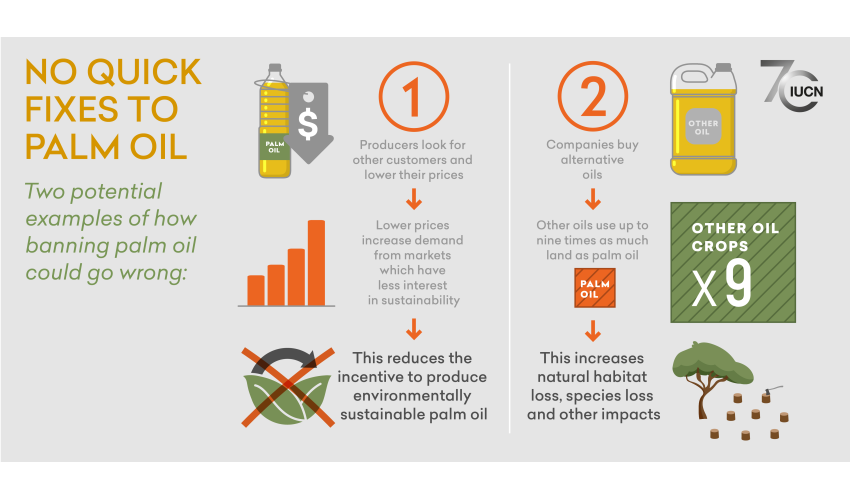 Infographic by the International Union for Conservation of Nature (IUCN).

Oil palm plantations can serve as a habitat for wildlife

There is increasing evidence that sustainably produced palm oil can help to preserve global forests. Forty-seven of the world’s leading conservation organisations, including Chester Zoo, actively support and promote the transformation of the palm oil industry to make it fully sustainable.

Read more on the websites of other organisations:

What is the role of palm oil for deforestation in Indonesia?